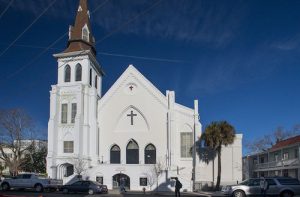 The term black church or African-American church refers to Protestant churches that currently or historically have ministered to predominantly black congregations in the United States. Many black churches belong to predominantly African-American denominations, such as the African Methodist Episcopal Church (AME). Most of the first black congregations and churches formed before 1800, were founded by free blacks. The oldest black Baptist church, and third oldest in the United States was founded about 1790 by the slave Peter Durrett. END_OF_DOCUMENT_TOKEN_TO_BE_REPLACED 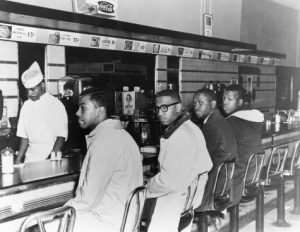 The Greensboro Four were influenced by the non-violent protest techniques practiced by Mohandas Gandhi, as well as the Freedom Rides organized by the Congress for racial equality in 1947.

Participants in the Freedom Rides were interracial activists who rode across the South in buses to test a recent Supreme Court decision banning segregation and interstate bus travel.  The Greensboro Four were also spurred into action by the brutal murder of young Emmett Till in 1955 who was killed for “allegedly” whistling at a white woman in a Mississippi store. On February 1, 1960, the four students sat down at the Woolworth’s lunch counter in downtown Greensboro. Denied service, the four young men refused to give up their seats and this is their story.

END_OF_DOCUMENT_TOKEN_TO_BE_REPLACED 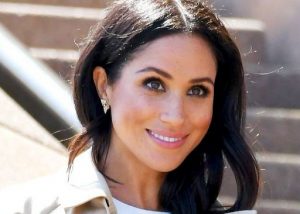 Understanding all too well the difficulties children of mixed race have in navigating both sides in the cultural tug of war, it is important to hear from them directly. We included Meghan Markle, whose father is German and mother is African American, as she is the first American who has married into the Royal family since 1937.

Black people are mixed with various different ethnicity’s from Native Indian, French, Spanish, European and many other ethnic backgrounds. We all have our cultural difficulties and when you are of mixed race those difficulties are multiplied. The moral of the story would be, be the best “you” you can be, because no one can do “you” better.  END_OF_DOCUMENT_TOKEN_TO_BE_REPLACED