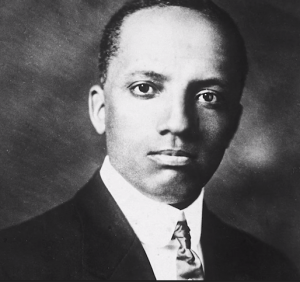 Reflection: Sometimes too often, we hear people say how much they don’t like Black History Month. Some say it’s all about slavery and is too painful. Others have various other reasons from religious connections to February being the shortest month, which is indicative of Black people getting the short end of the stick and a few other reasons. Regardless of whether you agree that Black History Month is necessary or not, Carter G. Woodson created Negro History Week with the purpose of educating people about the history.

Knowledge is something we should all share and we owe Carter G. Woodson a debt of gratitude for spreading the knowledge of a rich Black history to millions of people of all races. It’s true, slavery and oppression are a big part of Black history, however it’s not the only part. From inventions to world changers Black people have a rich history that should be told and shared.

Thank you Carter G. Woodson for bringing what once was in darkness into the light. We honor you for creating a platform in which we can collectively share knowledge, celebrate Black people and educate people on Black history.