As a professional singer, actress, songwriter and comedian, Hattie McDaniel became the first African American to win an Academy award. She won an Oscar for her portrayal of “Mammy” in the legendary film “Gone With The Wind”. Not only did she appear in over 300 films, she was the first black woman to sing on the radio in the United States.

Hattie McDaniel has two stars on the Hollywood Walk of Fame and was the first black Oscar winner to be placed on a US postage stamp. She was also involved in several community service projects, including providing entertainment for World War ll soldiers stationed at military bases and helped raise funds for the Red Cross.

As discussions have been heightened regarding the lack diversity in Hollywood, Hattie McDaniel was a true pioneer who laid the foundation in which black actors stand on today.

END_OF_DOCUMENT_TOKEN_TO_BE_REPLACED 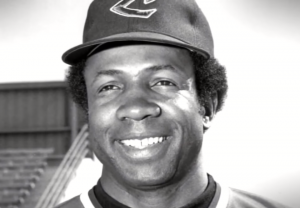 As we were rolling out our Black History Series, one of baseball’s historical icons sadly passed away. Therefore we feel it necessary to stop, reflect and honour major league baseball’s first black manager, Frank Robinson.

Not only was Frank Robinson the first black manager, he was also the only player to earn the MVP Award in both leagues and a Triple Crown winner.

Frank Robinson was born in Beaumont, Texas, later moving to Oakland California where he went to Mc Clymonds Highschool where he played high school baseball with future major leaguers Curt Flood and Vada Pinson and also played basketball with the legendary Hall Of Famer Bill Russel. Frank Robinson will truly be remembered as one of baseball’s all time greats, a Bay Area legend and Major League Baseball’s first black manager.

We respect and honour the legacy of Frank Robinson.
END_OF_DOCUMENT_TOKEN_TO_BE_REPLACED 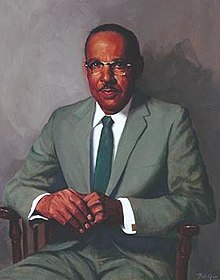 Doctor Vivien Theodore Thomas was an African-American surgical technician who developed the procedures used to treat blue baby syndrome in the 1940’s. Although he was not allowed to perform surgeries due to the racist attitudes of the times, he trained and guided various white surgeons through the procedures he developed.

The work and training of Dr. Thomas in heart surgeries has saved countless lives and we are forever indebted to this medical angel who changed the way we understand how the human heart works. Being a former carpenter and never going to medical school to become one of the most influential doctors in history is an example to us all that anything is possible.