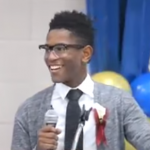 I truly believe the “multicultural” Millenials will be the generation to be actively involved in social change, progress towards fairness and the fight for equality of all people which will effectively create change for future generations.

END_OF_DOCUMENT_TOKEN_TO_BE_REPLACED 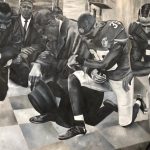 Colin Kaepernick’s protest originally started with Kaepernick sitting during the anthem, but after having a candid conversation with US Army veteran Nate Boyer, together they found a more respectful way to protest. Taking a knee is respected in various religions, the military and is a sign of injury and/or submission in all sports which reflects African-American’s sentiments towards our treatment in America.

END_OF_DOCUMENT_TOKEN_TO_BE_REPLACED 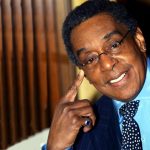 Few television series were as innovative and influential as Soul Train. Set first in Chicago, and later in Los Angeles, the Soul Train dance party reached national significance and became one of the longest running syndicated shows in television history.

In commemoration, Soul Train: The Hippest Trip In America is a 2010 documentary celebrating the show’s many contributions to pop culture, music, dance and fashion.

From 1970-2006 the series offered a window into the history of Black music, and its charismatic host, Don Cornelius was The Man responsible for a new era in Black expression.