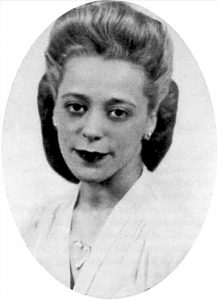 Canadian Viola Desmond was born and raised in Halifax, Nova Scotia Canada and taught black students in the racially-segregated school system there before starting a hairdressing business called Vi’s Studio of Beauty Culture.

Viola Desmond later launched an academy for black beauticians who were barred from whites-only beauty schools in Nova Scotia, before expanding her business to other parts of the province. Viola was the pioneer of the black Canadian hair care industry.

END_OF_DOCUMENT_TOKEN_TO_BE_REPLACED 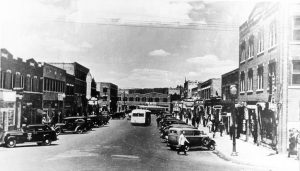 Black Wall Street was in Greenwood, suburb of Tulsa, Oklahoma: 1906-1921. O.W. Gurley, a wealthy African-American from Arkansas, moved to Tulsa, purchased over 40 acres of land, and sold to other African-Americans in 1906. The community mobilized it’s resources and rebuilt the Greenwood area within five years of the race riot in spite of political efforts to prevent reconstruction.
END_OF_DOCUMENT_TOKEN_TO_BE_REPLACED 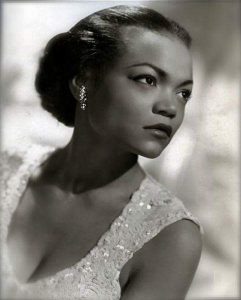 She began her career in 1942 and appeared in the 1945 original Broadway theatre production of the musical Carib Song. She had 6 US Top 30 hits and starred in the third and final season of the television series Batman as Catwoman in 1967. In 1968 she was invited to the White House along with 50 other women because of the work she had been doing with Aborigines in Australia, Canadian Indians & African American’s. Her career in America suffered after she made anti-war statements at a White House luncheon regarding the Vietnam War and young black American’s being killed in what was widely known as an unwinnable war.

Many artists, entertainers, athletes who use their platform to speak out against immoral situations have been and continue to be black balled and silenced. We must use our platforms, whatever they may be, to stand up for social justice and equality.