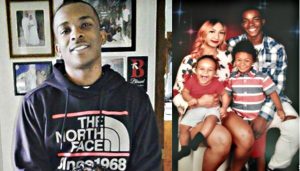 It was a few days after my Mother had returned home from the hospital when we had a conversation about me moving back to California. I will never forget my Mother’s words when I was thinking about moving back home. She said to my point blank, “Child, you stay right where you are. They are killing young black men at will down here. They shoot first, ask questions later and it is a real problem. You stay right where you are in Canada because you’ve got it good up there and it makes me feel better to know that you are safe. Dont worry about me and your Dad we will be fine”. 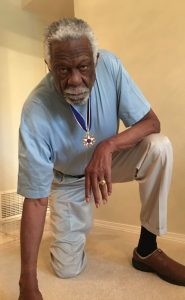 After watching Stephon Clark’s execution, I had flashbacks of all the times that I feared for my life in my dealings with police thinking to myself, that could’ve been me. I have the ultimate respect for law enforcement but America has a big problem with under trained, inexperienced law enforcement officers. I personally feel when it comes to African Americans in the United States too many officers have a shoot first, question later approach and in the judicial system we are guilty until proven innocent.

Regardless of whether Stephon was guilty of breaking windows, he didn’t deserve to die. I am disgusted by the actions of the officers involved who fired twenty shots with approximately fifteen rounds fired after he already lay motionless on the ground. The fact that they fired twenty shots without positively identifying a weapon at an unarmed man plus their words and inaction after he lay motionless shows their inexperience and lack of training. This is why we take a knee and we all as Americans regardless of colour must fight together to bring these types of injustices to an end. All Americans regardless of colour deserve the benefits of the constitution of the United States of America.

To everyone who wants equality and justice for all American citizens please know remaining silent only fans the flames of racism and hatred. Let’s all be united in our fight against injustice as an injustice anywhere is an injustice everywhere. My heartfelt condolences and prayers go out to Stephon Clark’s family and loved ones. May he rest in peace.